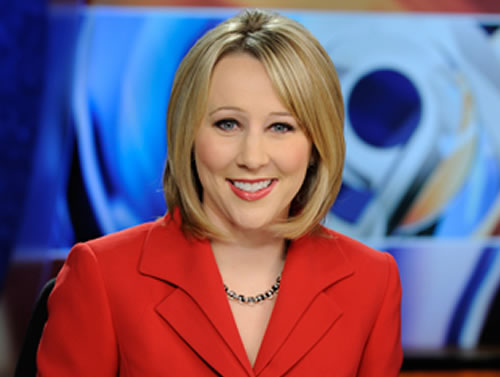 Jana Corrie co-anchors FirstNews Weekend and reports for FirstNews during the week. Jana grew up in Olathe and now lives in Blue Springs. She graduated from Olathe East High School, attended Johnson County Community College and went on to earn a degree in broadcast journalism from the University of Missouri.

Jana has also worked as an anchor and reporter in Tucson, Ariz. and Topeka, Kan. While reporting in Arizona, Jana was part of the team that spent days covering a massive wildfire that destroyed hundreds of homes. She started her career as the morning anchor and reporter at KOMU in Columbia, Missouri. Jana’s most memorable interview is with the Dalai Lama.

Jana loves spending time with her husband Chris, going to movies, reading, playing volleyball and traveling. Her most recent travels took her to seven countries in two weeks. The journey included Ireland, England, France, Belgium, The Netherlands, Norway and Denmark.