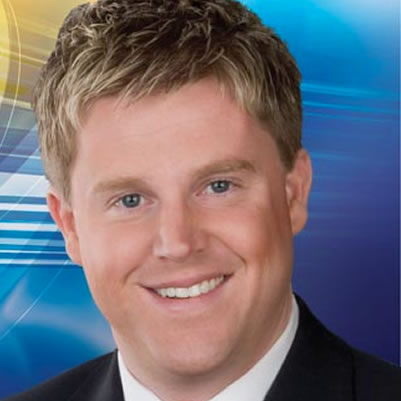 Adam Murphy is the Consumer Investigative reporter for WGCL/CBS Atlanta News. If you’ve been ripped off or scammed, he’s there to help you solve that frustrating consumer problem. Adam is also known throughout the metro Atlanta area for his Restaurant Report Card segment.

Adam is an Emmy nominated reporter and winner of several Associated Press awards. The Georgia House of Representatives honored Adam on the house floor with a state resolution commending his reporting on billing mistakes within the Atlanta Water Department. Adam exposed the problem of customers being overbilled and his reporting prompted the water department to refund nearly $800,000 to customers.

Adam grew up in Dunwoody and graduated from Marist High School. In 2011, Marist honored Adam with the Outstanding Young Alumnus Award for his excellent service to the community. “It’s great to be in my hometown of Atlanta working for CBS Atlanta News. I’ve always enjoyed helping people and I’m thankful my job allows me to make a difference.”

His alma mater is the University of Georgia, where he earned a BA degree in Broadcast Journalism.

Adam began his television news career as a reporter in Macon with WMAZ-TV. He has also worked as a consumer reporter and anchor at WLTX-TV in Columbia, South Carolina and he reported for a TV series that aired on ESPN2.