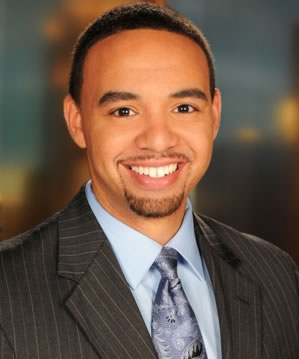 It was negative-17 degrees the day Eric Yutzy moved his family from Indianapolis to South Florida. It was nearly 100 degrees warmer when they arrived — a great decision rewarded.

Eric joins Local 10 News as a news anchor and reporter. He moves to covering news after spending the last 11 years as an award-winning sports anchor.

From 2010-14, Eric was the weekend sports anchor at WTHR-TV in Indianapolis. There he carved a niche as a storyteller, gaining behind the scenes access to athletes. Eric primarily covered the Indianapolis Colts and Indiana Pacers. His responsibilities also included Big Ten Conference basketball and football, and IndyCar and NASCAR racing.

While in Indianapolis, Eric covered major sporting events, including Super Bowls, Final Fours, the NBA and NFL playoffs, the Indianapolis 500 and many more.

From 2004-10, Eric was a sports anchor at WTVF-TV in Nashville, Tennessee, where he covered the Tennessee Titans, Nashville Predators, and Southeastern Conference football and basketball.

Originally from Peabody, Massachusetts, Eric graduated from Quinnipiac University in Connecticut and started his career as a reporter for WKEF-TV in Dayton, Ohio. He then moved to Atlantic City, New Jersey, and was a reporter and sports anchor for WMGM-TV before moving on to Nashville.

Eric enjoys volunteering his time with many organizations across many different spectrums of service. He’s a married father of three, so investing time in his family takes up most of his free time.

He also enjoys reading, writing, working out and playing basketball.