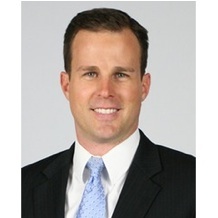 Since July 2013, Patrick has been the Weekday Morning Anchor at KSHB/Kansas City, where he also covered a number of high=profile investigative stories.  He previously worked as an anchor and reporter at TV stations in Terre Haute, Springfield, and Idaho Falls.

Fazio has received the prestigious Sigma Delta Chi Award from the national Society of Professional Journalists for Public Service in Television Journalism.  He has also won the national Wilbur Award for best local TV news report.  In addition, Fazio has been honored with with 5 Murrow Awards and 3 Emmys for his work, and his reports have aired nationwide on CNN, Headline News, MSNBC, ABC News, and on affiliates across the country.

Fazio has interviewed presidential candidates Barack Obama and Hillary Clinton and covered the local visit of former President Bill Clinton.  He’s also questioned U.S. Senators, Congressmen, governors, as well as generals and commanders of the Iraq War and Afghanistan War at military training bases in Indiana and Georgia.  Fazio has also traveled to Israel to interview Holocaust survivors and has covered sporting events like the NCAA Tournament and NFL Playoffs – talking to Super Bowl and World Series Champions as well as Olympic Gold Medalists and Hall of Famers.

Fazio graduated with a bachelor’s degree from Valparaiso University, where he lettered for three years on the Division I-AA football team as a wide receiver, and he earned his master’s degree from Indiana State University.