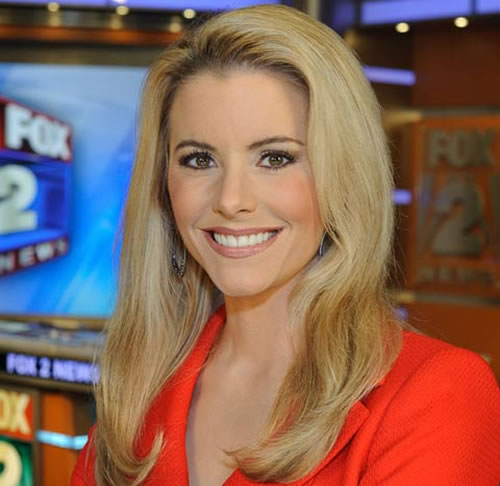 It is a true honor to share each morning with the amazing people of Detroit. I have lived and worked in many communities around the country, but Motown is hands down my favorite.

After graduating from college, I packed my bags and moved to Colorado to work as an anchor/reporter for a small television station on the Western Slope. I can remember looking in my rearview mirror as I drove away from my home in metro Detroit thinking someday I will be back working for FOX 2 News.

I also graduated from Specs Howard School of Broadcast Arts in Southfield. While in school, I worked as a weekend sports anchor at WSYM in Lansing. I also had the pleasure of interning with the Detroit Lions.

After that, I moved to Montrose, Colorado where I made the switch from sports to news at KREY/KREX. The next stop, “then” UPN affiliate KLBC TV2 in Laughlin, Nev.

Two and a half years later it was off to San Luis Obispo, Calif. where I worked as a reporter/anchor for KSBY 6.

Several years later, I started feeling the “pull” of the Midwest and realized it was time to make my way back home. I took a job at WNEM TV5 in the Flint/Saginaw market. I started as a weekend anchor/ reporter and worked my way up to morning/noon anchor and co-host for the lifestyle show “Better Mid-Michigan”.

In September 2011, my career came full circle when an opportunity opened up at FOX 2. Now, I have the privilege of empowering our viewers as soon as they wake up from the anchor desk. Then I head out on the street to meet them in person and tell their stories.

I pride myself on being a trustworthy, respectful member of the media and the voice of people who deserve to be heard.