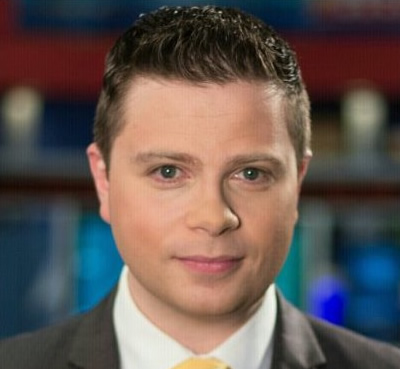 Born and raised in Staten Island, New York, Andrew knew he wanted to be a meteorologist since as far back as he could remember. As a young child, he would continually watch “The Wizard of Oz”– only for the tornado part!

Andrew began his career in 2003 as an intern at WABC in New York City, “learning the ropes” and working with his mentor, former Good Morning America weather anchor and current Weather Channel AMHQ anchor, Sam Champion. In 2004, he graduated from Oneonta State University in upstate New York with a degree in meteorology.

Andrew’s first on-air position came just six days after graduation at ABC in Casper, Wyoming, where he was the morning show co-host and meteorologist.

In late 2005, Andrew joined the WeatherLab team at KSNW in Wichita, Kansas. For more than four years, he worked in one of the most diverse and active weather markets in the country, covering everything from severe thunderstorms to ice events and deadly tornado outbreaks.

In 2010, Tulsa became his home, where he joined the FOX team. After two years, he moved across the street to ABC, where he was the morning meteorologist and co-host of “Good Day Tulsa,” a local entertainment and interview show. In early 2013, Andrew gained some national and international notoriety by hand-drawing the entire morning show weather forecast after the computer critically malfunctioned. His “Kickin’ It Old-School Forecast” was featured on several programs and stations including Anderson Cooper and CNN International.

He earned the Television Seal of Approval from the American Meteorological Society in April 2009 and is an active member of the National Weather Association.

In his spare time, Andrew likes trying out new restaurants, traveling, exercising, baseball (Go Yanks!), basketball (already loved the Grizzlies before moving to Memphis!) and volunteering. Throughout high school and college, he worked part-time in a variety of restaurants, where he picked up a few skills in Italian cooking. In the past, he has served on the board of young professionals, and worked with Big Brothers/Big Sisters. He also loves to talk to kids about weather and enjoys giving school presentations.