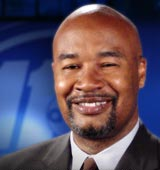 Anthony Wilson co-anchors the Eyewitness News weekend morning newscasts (6 to 8 a.m. Saturdays and Sundays, and 9 to 10 a.m. Sundays). He also reports weekday mornings for Eyewitness News and blogs for abc11.com.

He joined the ABC11 Eyewitness News team in 1993. Before that, he was a reporter and substitute anchor for three years at WXII in Winston-Salem. While there, he won a Best Feature award from theAssociated Press for “A Joyful Noise,” his series of reports on gospel music in North Carolina.

Anthony’s also worked as a reporter/producer for Florida Public Television. There, he covered the state legislature and filed a series of documentaries about the Miami riots, the “Official English” movement, the manufacture and marketing of assault weapons, homelessness in south Florida and other issues affecting the people living in that state.

He was the anchor/host for the National Public Radio weekly newsmagazine “Crossroads,” newswriter for all-news radio station WINS in New York City, and an electronic media producer for the national communications office of the Episcopal Church, also in New York. While there, he traveled to South Africa to cover the enthronement of Archbishop Desmond Tutu.

He’s also working to develop more minority journalists through his participation in the Unity: Journalists of Color mentor program.

Anthony is a graduate of St. Lawrence University in Canton, New York.

He lives in Durham with his family.