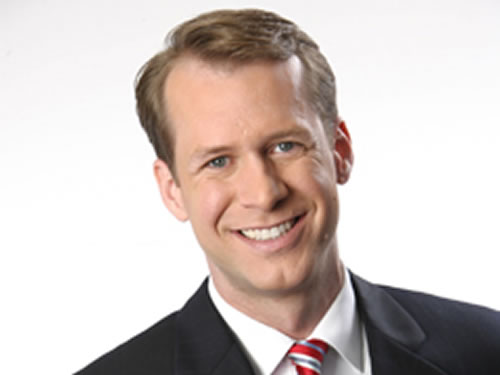 AMS Certified Meteorologist Brad Nitz joined WSB-TV in January 2006. His forecasts can be seen every Saturday and Sunday morning, noon, 6:00 p.m. and 11:00 p.m. and whenever severe weather breaks.

Brad has received numerous awards for his work as a meteorologist. Recently, Brad received Emmy nominations for coverage of the historic floods of 2009 in metro Atlanta and for continuing coverage of the downtown Atlanta tornado in 2008.

In 2009 Brad won the Excellence Award from the Atlanta chapter of the American Meteorological Society for “Outstanding and innovative live team coverage” of severe weather.

Guiding viewers through North Georgia’s flooding, tornado and hail outbreaks in recent years rank as career highlights, along with covering hurricanes Katrina and Rita nationwide for MSNBC during the historic hurricane season of 2005.

Brad graduated from Florida State University with a degree in Meteorology. He holds the Certified Broadcast Meteorologist (CBM) designation from the American Meteorological Society. The CBM is the highest certification a broadcast meteorologist can obtain and replaces the old AMS seal of approval.

Relatively few meteorologists have completed this rigorous certification and Brad is one of the first 90 meteorologists in the country to do so. This means you can count on Brad to bring you the most accurate and dependable weather forecasts during severe weather or sunshine and everything in between.

Prior to joining WSB-TV, Brad forecasted the weather for national cable network MSNBC and NBC WeatherPlus. Brad has worked much of his early career forecasting hurricanes and tornadoes in Florida at stations in Orlando and Jacksonville.

Brad, who has a private pilot license, had the opportunity to fly with the Navy’s Blue Angels. He says it was an incredible experience that was a lot of fun and gave him an appreciation for the extraordinary skill and ability of the Navy pilots.

Brad and his wife Aimee, a Roswell native, live in East Cobb with their two daughters.