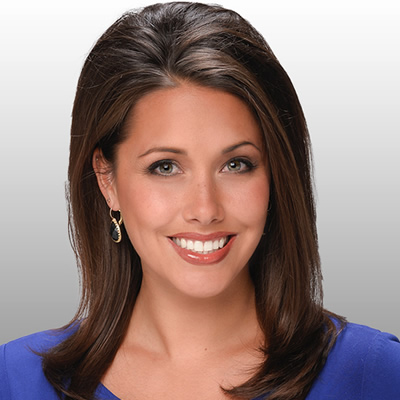 Danielle Lerner is an award-winning broadcast journalist who has done it all!

Having lived, studied and worked in five different states stretching from the beautiful central coast of California, to Chicago and Washington, D.C., Danielle is thrilled to be back home in Arizona.

She is a Chaparral High School graduate and joined the ABC15 team as a weekend anchor and multimedia journalist in September 2014 before being named co-anchor of ABC15 Mornings in March 2015. Even though it requires waking up at 1:45 a.m. every day, Danielle loves helping our viewers get their days started with all of the morning’s news, weather and traffic. Since joining ABC15 Mornings, Danielle has received an Emmy nomination for “Best Anchor” and the APTRA Award for “Best Anchor Team.”

Before coming to ABC15, Danielle was a morning anchor at KVOA-TV in Tucson. During her time there, she was honored with an APTRA Award for “Best Anchor” and her reporting on Gabrielle Giffords’ recovery, one year after the mass shooting in Tucson, won a Mark Twain Award for “Best Serious Feature.” Her series profiling families of veterans who went Missing in Action during the Vietnam War also received an Emmy nomination.

Danielle’s first job out of school was at KSBY-TV in San Luis Obispo, CA. She started as a bureau reporter and eventually became the Weekend Anchor/Weekend Executive Producer/Weekend Weather Anchor/Main Weather Fill-in and a Multimedia Journalist!

Danielle first discovered her love of broadcast journalism during a college internship right here in the Valley. She is a proud graduate of Saint Mary’s College in South Bend, IN and went on to receive her master’s degree in Broadcast Journalism from Northwestern University’s Medill School of Journalism.

When she’s not at work Danielle cherishes time with her husband, Al, and their daughter, Addison. Watching and playing sports, cheering for her Fighting Irish of Notre Dame, giving back to the community and exploring our beautiful state are also toward the top of the list.