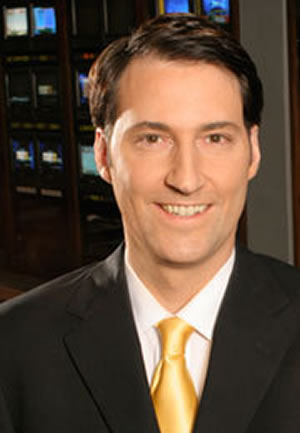 Dave began working for the First Alert Weather team in 2003. Usually on the mornings, Dave gives viewers their first look at what kind of weather day it will be. While there are many periods of constant weather, dry hot summers, mild winter days, desert weather can change — fast! Flash flooding, high winds, winter storms and the humid Monsoon pattern giving sometime strong afternoon and evening thunderstorms.

Dave is originally from Pittsburgh, Pennsylvania. He graduated from Ashland University in Ohio. After a brief summer internship in Jacksonville, Florida, a journey over the next 20 years took him through TV weather jobs in Arkansas, Georgia, Missouri, North Carolina then to the Coachella Valley. He’s covered hurricanes, ice storms, severe thunderstorms and cold spells.

Dave completed the Broadcast Meteorology Program with Mississippi State University in 2006. In June of 2009, he earned the Seal of Approval from the American Meteorological Society. He also has dual membership in AMS and the National Weather Association.

In his spare time, Dave reads journals of current events and politics. He also has a fondness for history. He enjoys the ocean and is a very amateur body surfer.