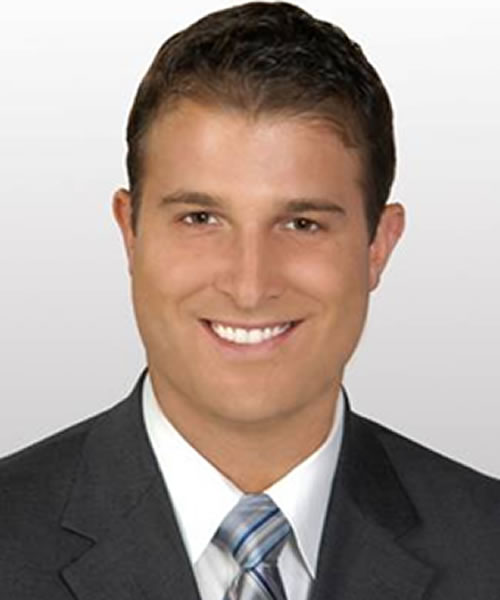 Covering sports is familiar territory for David Baumann. He worked all Fox 25 New England Boston Red Sox telecasts at Fenway Park from 2000-2002 as the stage manager alongside broadcasters Sean McDonough and Jerry Remy. Baumann then landed his first on-air sportscasting gig in 2003 at KSPR-TV, the ABC affiliate in Springfield, Missouri. From there he moved to Orlando to work for Central Florida News 13 in 2004 and has worked for Bright House Networks all the way through the sports department’s transition to the Bright House Sports Network in 2008.

In his college days, Baumann played linebacker for the University of Rochester in 1998 before transferring to Syracuse University in 1999. He then walked-on to the Orange (the team nickname was Orangemen then) as a safety for one season before realizing he was never going to see the field. Five members of that Syracuse secondary eventually landed on NFL teams. The Rochester, New York native graduated from Syracuse University’s S.I. Newhouse School of Public Communications in 2002 with a duel major in Broadcast Journalism and Economics, and later received his Masters in Business Administration from the Crummer School at Rollins College in Winter Park, FL in 2009. Ask him what he does when he’s not working, and he’ll tell you he’s either watching or playing sports, enjoying Florida’s beaches, eating chicken wings, working off the wings at the Rollins College gym, jamming on his piano, training his basset hound “Dozer” and beagle/labrador “Sanford,” or tinkering with his 1966 and 1969 Vespas. His obsession with antique scooters is, according to him, “unhealthy and awesome.”