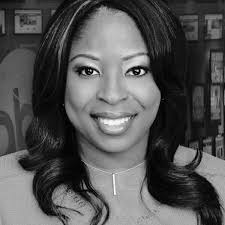 Ebony Hall has been with ABC 33/40 more than 10 years. She started as a reporter in our Tuscaloosa Bureau and later transferred to our Birmingham newsroom. In 2010, Ebony began anchoring the Saturday evening newscasts, and in 2012, she was promoted to co-anchor of Good Morning Alabama and co-host of Talk of Alabama.Ebony was named “Best Anchor” by the Alabama Associated Press in 2012.{} She teamed with Chief Photographer Bill Castle and photographer Jud Hulon to win a prestigious Edward R.Murrow Regional Award for Best Spot News. The crew was covering the abduction of a local attorney, which became a day-long manhunt for the suspect. They not only got exclusive video of the rescue and takedown but were first to go live from the scene. Ebony has covered all kinds of stories in various parts of the state.{} She has also travelled to Aruba to cover the Natalee Holloway case, which made international headlines.In 2013, Ebony created an event called “Newsaroo” to benefit the Norma Livingston Ovarian Cancer Foundation. The music festival featured local artists with local radio and TV personalities performing, too. It kicked off the organization’s 2014 Motherwalk 5k, and it is set to become an annual event.Ebony graduated with honors from the University of Georgia, so she loves it whenever the Dawgs cross the state line! She came to us from WDEF in Chattanooga where she was a reporter and fill-in anchor. Before that she worked in her hometown of Rome, Georgia – first as the afternoon/evening anchor for News Talk 1470AM and then as a reporter in local cable news.Ebony and her husband Marcus have a very spoiled Shih Tzu named Mocha Latte and a rambunctious rescue named Jade.{} Ebony enjoys reading books by authors like Gregory Maguire, trying new DIY projects found on sites like Pinterest, and bargain hunting.You can watch Ebony every weekday morning from 4:30-7AM on Good Morning Alabama and then again from 9-10AM on Talk of Alabama.