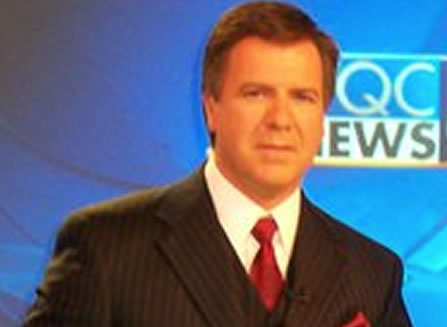 Gary was raised in a family of twelve children in Oklahoma City, Oklahoma. His thirst for adventure and life experience led to his sampling many different regions across the country. He studied journalism at the University of Oklahoma before moving on to Fordham University in The Bronx, New York.

From one coast to the other, Gary headed for Los Angeles, California where he specialized in Broadcast Journalism at U.C.L.A.

In L.A. for ten years, Gary covered the Northridge earthquake (and lived 5 miles from the epicenter), the L.A. riots and record flooding.

Soon Gary, and his new bride Pam, a Registered Nurse, were on to KTEN in Denison, Texas. That is where he was in position to cover the Oklahoma City Bombing in his hometown.  That event gave him the experience of balancing his job of informing the public in time of crisis, while dealing with a tragedy that enveloped his friends and family.

After a couple of years at another NBC Affiliate in Reno, Nevada, Gary and Pam targeted the Quad Cities as a place to become part of the community and raise their two boys, Joshua and Adam.

Gary’s hobbies all center around spending time with his family and include camping, and trout fishing. “When I’m not working–I just love to be home with my family or checking-out new camping spots with them”, adds Gary. “It’s great to live in a place that is so family-oriented. Nothing is more important than family to me. TV6 knows that and supports it fully.”