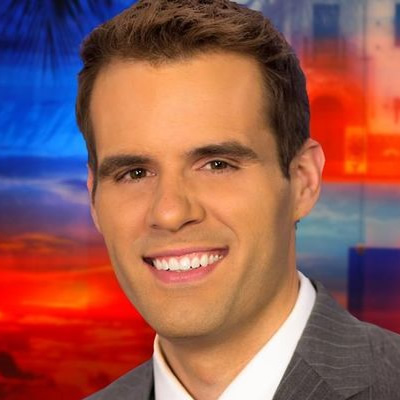 If you ask where I’m from, the answer is a bit lengthy. I grew up a Navy kid and I moved around lot: from Guantanamo Bay, Cuba to Seattle. We were always close to the water, so Tampa already feels like home.

Most recently I lived in Nashville where I anchored the Emmy award winning morning news on WSMV. I took our newscast on the road and covered the devastating tornadoes in Lincoln County, CMA Fest and President Obama’s visit to Music City. I was honored to be named “Best TV News Anchor” by the Tennessee Associated Press. In Nashville, I became a country music fan and took every opportunity to catch a concert.

Before Nashville, I lived in Tucson where I anchored the morning news at KGUN. There I hit the campaign trail with Senator John McCain and took viewers inside an Arizona polygamist community. My golf game should be much better, but I spent most of my time hiking and exploring Southern Arizona.

Prior to Arizona, I worked in El Paso at KTSM and frequently crossed the border to investigate drug and human smuggling. I also learned how to make enchiladas and even tried salsa dancing. Don’t ask me to show you any moves though… I’m not very good.

My first reporting job was in another desert, Palm Springs at KMIR.

I graduated from Chapman University in California with two degrees — one in Broadcast Journalism and the other in Political Science. I was also named the valedictorian by faculty.

My wife and I are thrilled to call Tampa home. We are expecting our first child in November. We’re excited to be close to family (her parents retired just up the road) and explore this beautiful part of the country.