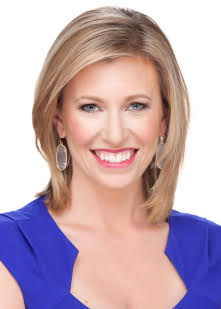 Jenn Karlman is an Emmy-award winning journalist who, as a little girl, dreamed of being a news anchor. Her dad has old VHS tapes of Jenn using a hairbrush as a microphone interviewing her little brother and using the token phrase “back to you.”

Jenn started her journey in television at FOX 5 in the late 1990s as an intern when it was the WB affiliate. Her career then took to her Tucson, Arizona, Pasco, Washington, Green Bay, Wisconsin and finally in 2009, back to San Diego. She’s worked for CBS, ABC and FOX affiliates, covered two presidential elections, monumental court cases and one of the most destructive tornados in Wisconsin history.

Aside from San Diego, her favorite city to report in was Green Bay; she is a die-hard Packers fan. At heart Jenn is a storyteller and believes delivering the news every night is a privilege and blessing.

She graduated from the University of Arizona and couldn’t be more thrilled to be back in San Diego telling stories to her hometown community.

Jenn is a proud mom and military wife. Her husband is a Reserve Officer in the Navy and pilot by trade. She is a yogini who enjoys red wine, the ocean and listening to her new daughter’s giggle.