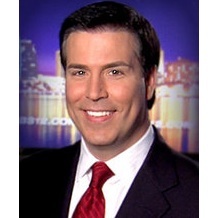 Discepolo comes to West Palm Beach from KOMO-TV in Seattle where he was a weekend news anchor noted for excelling in live news coverage since 2010.

A Massachusetts native, Discepolo anchored sports for nearly a decade in New York at WCBS-TV and WNYW-TV, where he also served as sideline reporter for the NFL’s New York Jets and New York Giants. John began his broadcast career as a reporter and weekend sports anchor at NEWS 12 in Yonkers, N.Y., and at WRGB-TV in Albany, N.Y.

Discepolo graduated from Hofstra University where he played football as a kicker and punter for the Division I-AA Pride alongside former New York Jets player Wayne Chrebet.

In his spare time, John loves to travel, play hockey, and is passionate about home construction, design and airplanes.