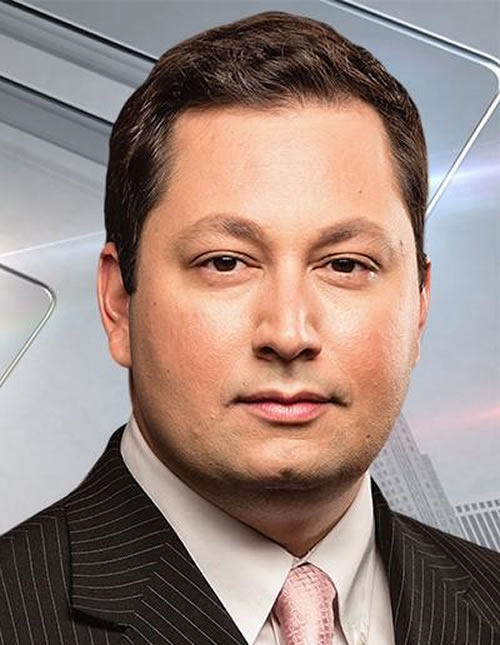 Carlson is known for his aggressive reporting style, often breaking stories, landing exclusive interviews, and holding the powerful accountable. He is also often seen on the anchor desk.

As an investigative reporter, he regularly produces hard-hitting reports, that result in local and state-wide change.

In the spring of 2012, Carlson spent weeks in Greensboro, as the lead reporter covering the historic campaign finance trial of former senator and presidential candidate John Edwards.

Carlson comes to Raleigh-Durham from the top-rated WSPA-TV, also in the Carolinas.

In his time there, he covered every type of story, from breaking news to political coverage to investigations, many of which made local and national headlines.

Other major stories included flying to the North Carolina coast to file live reports from the Ocean Isle beach house fire, a tragedy which claimed the lives of seven students from Clemson and USC.

Carlson was also sent to Columbia to cover the 2008 South Carolina presidential primaries. During election season, he interviewed everyone from presidential candidate John Edwards to North Carolina Senator Elizabeth Dole.

His much-talked-about interview with Dole, questioning her controversial and explosive campaign ad she ran against her opponent, was quickly followed by her campaign pulling the ad and her eventual downfall in the election.

In June 2009, Carlson was one of the lead reporters assigned to the station’s extensive coverage of the sex scandal that rocked the Capitol, as Governor Mark Sanford revealed an affair, which crippled his political career.

Also in the summer of 2009, Carlson covered the deadly rampage of a serial killer, who terrorized a rural community in Cherokee County, SC for days. His live reporting, as part of the station’s team coverage the night the killer was caught, was nominated for an Emmy Award.

In January 2010, Carlson was sent to Port-au-Prince, Haiti to report on the aftermath of the deadly earthquake on the island. He flew aboard an Air Force C 17 jet, filled with support for quake victims.

Carlson came to WSPA from Sacramento, CA, where he reported and anchored at KTXL-TV, the Fox affiliate there.

During his time in the state Capitol, he reported on some of Northern California’s biggest stories; from raging wildfires in the Sierra Nevada mountains, to the Oakland Bridge collapse, live coverage of high-profile executions at San Quentin, to politics and the famous Governor Arnold Schwarzenegger.

Carlson went to Sacramento from WBBH-TV in Ft. Myers, Florida, where he reported for the powerhouse NBC affiliate.

While on the gulf coast, he covered breaking news stories of every kind, the most memorable, around-the-clock live coverage of multiple hurricanes.

Carlson landed his first television job at WOKR-TV in Rochester, NY, the legendary station in that city.

Before entering TV news, Jonathan spent a number of years as a print reporter. He began his journalism career at the young age of 16, reporting for his hometown newspaper, and then moving on to larger city dailies.

A New York native, Carlson is a graduate of Quinnipiac University in Connecticut, where he majored in Broadcast Journalism.

Carlson is married and lives with his wife in Raleigh.