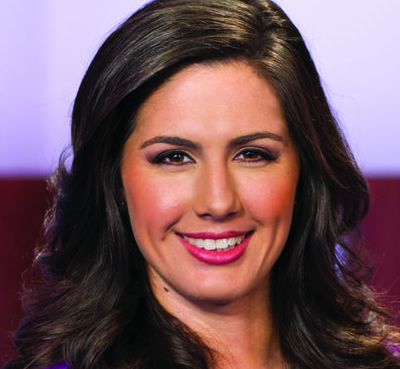 Laura Rodriguez joined NBC6 in September 2013. She is thrilled to be doing what she loves in the city where she was born and raised.

Before joining the NBC 6 team, Laura was a general assignment reporter at CBS58 in Milwaukee and the 10pm co-anchor for Noticiero Telemundo Wisconsin. Prior to that, she was a weather anchor at Telemundo Chicago.

Some of the most notable stories she has covered include the Sikh Temple shooting, Governor Scott Walker’s recall election, and the Archdiocese of Milwaukee clergy abuse controversy. She also exclusively interviewed the family of a fetal abduction victim and covered this case from the crime scene to the sentencing. Laura has also interviewed several prominent figures, including former Colombian president Álvaro Uribe.

Laura is a proud graduate of Northwestern University where she started the first Spanish-language newscast and where she was also part of the award-winning Northwestern News Network team.
In 2010, Rodriguez received a scholarship award from the National Academy of Television Arts and Sciences. She is an award recipient from the Society of Professional Journalists.

Laura is fluent in English and Spanish and also speaks a little bit of Portuguese. When she’s not working, you’ll probably find Laura checking out a new restaurant or spending time with friends and family.