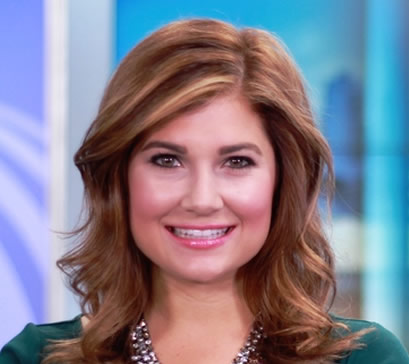 Lexi Sutter joined the 41 Action News team in August 2014 as a Multimedia Journalist/Reporter.

Lexi started her career at WMBD-TV in Peoria, Ill., where she was an Anchor and Reporter. She was part of an award-winning news team and recognized with a prestigious national Edward R. Murrow award for breaking news coverage. Lexi led that coverage from the field, as the eyes and ears for central Illinois viewers after an F-4 tornado leveled the town of Washington, Ill.

When she’s not on the scene of breaking news, Lexi loves to share people’s stories. She was honored by the Illinois Broadcasters Association for “Best Light Feature,” a story she did about a 96-year-old man who wrote a song for his late wife. “Sweet Lorraine” became a viral sensation, breaking a Billboard record and making it into iTunes Top 10 list.

Lexi graduated from the University of Arizona with a degree in Journalism and two minors in Pre-Health and Business. While in Tucson, she worked at KVOA, KGUN, and at the student-run station, UATV. Lexi was also a member of the Pi Beta Phi sorority, an organization she still dedicates her time to today.

Lexi was raised in the small town of Le Roy, Ill., so she’s happy to continue her career in the Midwest! In her spare time, she enjoys being outdoors, exploring Kansas City’s many neighborhoods, indulging in the best barbecue, and attending country concerts.