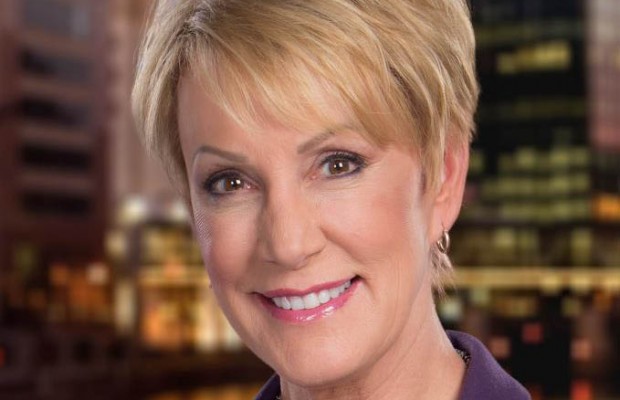 Sally Severson has been providing early morning weather broadcasts on “12 News This Morning” since the morning newscast began in 1986.

An award-winning meteorologist, she has covered weather-related disasters in Wisconsin and around the country, including first-hand reports from Punta Gorda, Fla., during Hurricane Charley in August 2004 and the tornado outbreak in Moore, Oklahoma in May 2014. Sally was also in Switzerland and Belgium during the Sept. 11, 2001, terrorist attacks in New York and Washington, D.C., providing live reports to the foreign and U.S. media about how American travelers were handling the news from home.

Sally received an Emmy for her work in WISN’s documentary “Street Smart Kids.” She was awarded Best Weathercast by the Wisconsin Broadcasters Association in 2013. That same year, Sally was inducted into the Emmy Silver Circle, a lifetime achievement honor bestowed by the National Academy of Television Arts and Sciences.

She is actively involved with the community and particularly enjoys working with children & teens. Providing interactive weather demonstrations to literally thousands of young minds in schools throughout southeastern Wisconsin. Sally is pleased to host WISN’s Top Teacher. A monthly series highlighting the best educators around southern Wisconsin.

Sally received her degree in Broadcast Meteorology from Mississippi State University.
Away from the office, Sally enjoys being with her husband, family and big, lab mix Bailey. She enjoys anything outdoors like hiking, biking and travel.