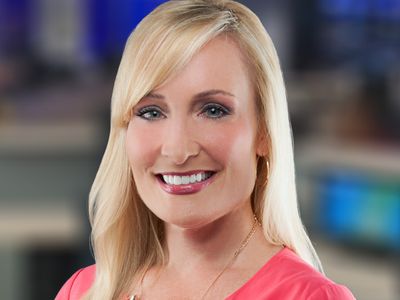 Before coming to WFTV, Angela spent nearly nine years as an award-winning anchor/reporter in Tampa Bay. Other stops in her career include Madison, Wis., and Meridian, Miss.

With a versatile broadcast background, Angela’s career includes a great deal of work in television sports as well as news, covering hurricanes to Super Bowls to World Series’.

While in Tampa Bay, her reporting won two regional Emmys as well as various other awards as she specialized in exclusive interviews with many of the Bay Area’s most prominent pro athletes and head coaches.

After contributing to Fox Sports Florida’s Rays and Lightning coverage from 2008-2011, in 2013, Angela spent a week as a guest co-host on NBC Sports Network.

Since joining WFTV, Angela broke the story of a woman who began legal action against a local hospital after she says she was molested while a patient in their care.

In January 2015, less than 24 hours after Angela’s coverage of a woman who said she was being terrorized by a stalking ex-boyfriend, the alleged stalker was arrested. Her story has also prompted local lawmakers to take a fresh look at the Florida’s cyber stalking law.

Angela loves active sports, Florida’s many beaches, and being close to her family here in central Florida. She is also an amateur photographer, whose world-wide travels include an unforgettable humanitarian trip to India helping child victims of trafficking.