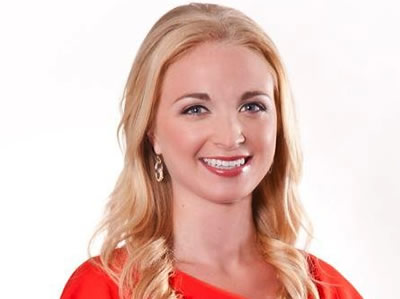 Arielle Nixon is a native of Roswell, Ga. One of her very first memories is the 1993 Storm of the Century, which brought intense hurricane conditions to Florida and blizzard conditions to states farther north. This storm left Arielle’s family without power in freezing temperatures for a week and gave her a lifelong curiosity of weather.

Arielle followed her curiosity to a Bachelor of Science degree in earth and atmospheric sciences from the Georgia Institute of Technology. While studying at Georgia Tech, she held a teaching assistant position for the synoptic meteorology course and tutored student athletes in various earth and atmospheric science courses. Arielle began her broadcast career in Des Moines, Iowa, covering anything from severe weather, to flooding, to blizzards.