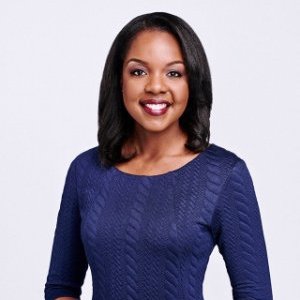 Aundrea Cline-Thomas is a reporter for NBC10 News. You can watch her reporting weekdays during the morning or evening newscasts.

Aundrea’s favorite part of being a reporter is interacting with people who make our viewing area so great.

“I love meeting new people and telling their stories,” said Aundrea. “I’m always humbled that they trust me with some of their most poignant and life changing moments.”

Aundrea also appreciates the diversity of the Greater Philadelphia area, both ethnically and geographically, and being able to cover all different types of people, places, and situations.

Aundrea joined NBC10 news in September of 2015. Prior to joining NBC10, Aundrea worked as the lead education reporter for four years at WTVF, the CBS affiliate in Nashville, where she won a regional Emmy award for Spot News. She also worked at News 14 Carolina in Charlotte for two years as a reporter and photographer, and WMGT, the NBC affiliate in Macon, Georgia. Aundrea has also been an instructor at the Carolina School of Broadcasting.

Aundrea received a bachelor’s degree in Communications with a minor in Black Studies from Boston College, and a master’s degree in Broadcast Journalism from the University of Maryland.

Raised in a Maryland suburb of Washington D.C., Aundrea is the youngest of three children whose parents are originally from Sierra Leone, West Africa.

When she is not out in the field, Aundrea enjoys exploring the extensive restaurant scene in Philadelphia and exercising.  She is passionate about issues affecting women, children, and immigrant communities.