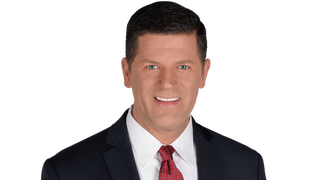 I earned a bachelor’s degree in broadcast journalism from Boston University. Beantown is my second home. I spent a few years in Boston and then headed to New York City for the “Big Apple” experience.

From there, I have worked in television stations throughout the country.  You name the city, and I’ve probably been there.  On second thought, not that many places.

So that’s more than 15 years of television news under my belt. I began as an intern and worked my way up the ladder.  I’ve been both an anchor and reporter at many of the stations I have worked at.

It seems my bosses like me getting the stories on the street as well as bringing them to you from the anchor desk.

First and foremost, I’m known for getting stories no one else does and that’s why some of my colleagues call me “the closer.”  I get those exclusive interviews you can’t wait to see, ask the tough questions that no one else does,  and pass along information that you may not know that might just help you in your everyday life.

Oh and I have a confession to make.  My iPhone is glued to my hip.  If you’re looking for me and you can’t find me on News Channel 8, then you can find me somewhere on social media.  Just ask anyone I know.  I can’t tell you how often I hear, “Paul, put the phone down.”

During my career, I’ve covered some big stories, and they’ve had an impact on me.  They include covering the 2000 “hanging chad” election from Austin, Texas, 9/11, the Republican (2012) and Democratic (2004) conventions, the deadly fire at a Rhode Island nightclub that killed 100 people (2003), and a half-hour exposes on adolescent mental health issues (2006.)