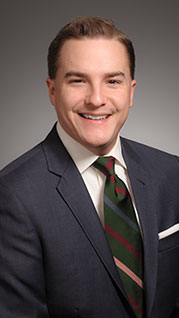 Ben Cathey is a Meteorologist at 13ABC Action News and is glad to call the Glass City home. He came to Toledo in late 2013 from chilly South Dakota.

While in Sioux Falls he worked the “Ironman” shift. Ben was part of a team that won both a 2013 Emmy Award and a Murrow Award for best newscast. Covering the largest geographical area in the country, he tracked 43 inches of snow and an EF-4 tornado on the same day. Prior to that, he worked in West Texas at KWES.

His interest in weather was piqued by hurricanes that slammed his hometown in North Carolina. There’s even an embarrassing photo from third grade career day complete with an umbrella hat. Ben used to recite old Peter Jennings scripts into the mirror as an elementary student.

Ben graduated from the University of Miami with Meteorology and Broadcast Journalism majors. While in college, he interned at WTVD in Raleigh-Durham and at WFOR in Miami. Before leaving Coral Gables with double honors, Ben saved the lives of two baby ducks with a colander and Ethernet cable. He was tapped into both Alpha Epsilon Rho and Chi Epsilon Pi honor societies and mentored for Big Brothers, Big Sisters.

When he is not tracking storms, Ben loves to read, play tennis, rock climb, and solve puzzles. He is accepting challenges in trivia as well as any story ideas you have, big or small.