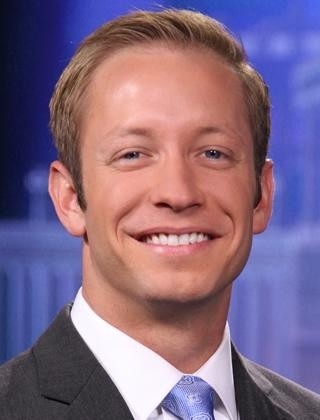 Josh Knight moved back to the Mid-Atlantic and became the newest member of the WJLA StormWatch 7 team in July 2015. You can see his forecasts on Saturday and Sunday mornings.

He is a Certified Broadcast Meteorologist (CBM), an accreditation awarded by the American Meteorological Society. Most recently he was forecasting in Cincinnati, Ohio and before that he worked in the Shenandoah Valley for TV3 in Harrisonburg.

Josh studied meteorology and broadcast journalism at the University of Miami in Florida. Away from the classroom, a lot of his time was spent with the Athletic Department as the mascot for the The U, Sebastian the Ibis – GO CANES!!!

He grew up north of Baltimore and his wife, Julia, is from Virginia, so D.C. is basically like coming home!

When he’s not tracking the weather, Josh and his wife enjoy cooking up new recipes and trying out new restaurants. You’re most likely to find Josh jogging with his dog, Dollar, or checking out the sights around town.