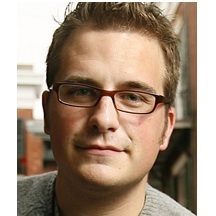 Award-winning reporter Brendan McCarthy joined WWL-TV’s 4 Investigates unit in August 2012. As an investigative reporter, he contributes to Eyewitness News broadcasts and WWLTV.com.
McCarthy, a 2009 finalist for the Pulitzer Prize, came to Eyewitness News after a six-year career as a crime reporter at The Times-Picayune.

At the newspaper, McCarthy covered the inner workings of the local criminal justice system and his watchdog journalism exposed numerous cases of misconduct and abuse.
He was part of a team that uncovered previously unreported police killings in the wake of Hurricane Katrina, leading to the indictments and convictions of several officers. That investigative series was encapsulated in PBS Frontline’s “Law and Disorder” documentary, which garnered the team a George Polk award, among other honors.

As a beat reporter, McCarthy exposed rampant abuses of police overtime pay, highlighted problems within the department’s off-duty detail system, and brought to light the case of a high-ranking police official who knew about the police killing of civilian Henry Glover but never investigated it. McCarthy also co-authored pieces that revealed U.S. Senator David Vitter’s affair with a prostitute.

McCarthy also produced pieces of award-winning long-form, narrative journalism for the newspaper. His eight-part series, “Homicide 37,” looked at violence, policing and the city’s criminal justice system through the prism of the unsolved murder of a local teen. That series was named a finalist for a 2009 Pulitzer Prize in Local Reporting.

McCarthy’s other honors include the Mike Berger Award, a national prize conferred by Columbia University for in-depth, human-interest reporting. He was also named a finalist for the 2008 Livingston Awards for Young Journalists.

McCarthy grew up in Woonsocket, Rhode Island, and graduated from Emerson College in Boston