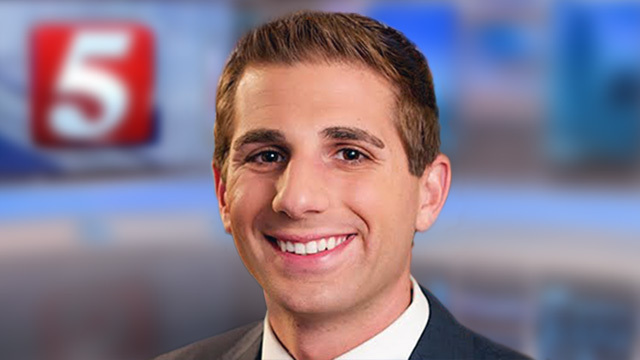 Chris Conte is an Emmy award winning reporter who joined the NewsChannel 5 team in June of 2012.

Since moving to Nashville, Chris has covered a number of stories that caught the nation’s eye including the deadly Meningitis outbreak, recent arrests in the case of missing nursing student Holly Bobo and the rape trial of two former Vanderbilt University football players.

Chris has also reported live for the CBS Evening News with Scott Pelley.

While working at NewsChannel 5 Chris has been honored with ten Mid-South Regional Emmy awards for General Assignment Reporting, Hard News Feature Reporting and Writing. That last one meant the most to him.

In 2016, Chris’ writing was also recognized with a regional Murrow Award.

Chris also provided live reports from the Boston Marathon in April of 2013 after having the distinct misfortune of crossing the finish line just moments after two bombs exploded killing three people. In April of 2014 Chris returned to Boston to complete the marathon for a 6th time and provided NewsChannel 5 viewers with a unique perspective into an emotional day.

Chris came to Nashville from upstate New York where he was a general assignment reporter for WHAM-TV, the ABC affiliate in Rochester.

His work in Rochester was recognized by both the National Press Photographers Association and the New York State Associated Press.

Prior to his days in New York, Chris was exploring the MidWest. He spent two years as a general assignment reporter at KTTC-TV, the NBC affiliate in Rochester, Minnesota (it’s something about the name).

During his Minnesota days, Chris was frequently chasing tornados across the countryside and in September of 2011 he was honored with a Regional Emmy award for his work covering historic floods and an unprecedented tornado outbreak.

Before heading west Chris was at WCVB-TV, the ABC affiliate in Boston, Mass., where he was a writer for all of the station’s newscasts.

Originally from Massachusetts, he graduated from Boston University with a degree in Broadcast Journalism and a minor in Political Science.

Chris has always had a passion for the news. He got into the news business as a reporter for his college’s newspaper – and has never looked back. From there, he went on to anchor/report for NewTV, a local cable access station in Newton, Mass. Chris has interned at New England Cable News and was an i-Team intern for WBZ-TV, the CBS affiliate in Boston.

In his spare time you’ll usually catch Chris outside running down West End with his yellow lab, Cooper. Cooper was rescued from a shelter in Lebanon, TN a few years back.