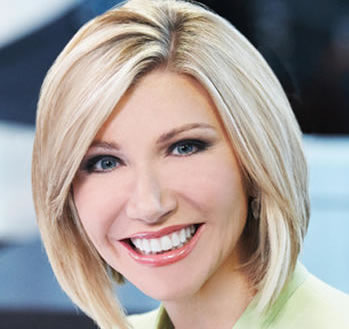 Christine Haas is an Emmy award winning news anchor at NBC 7 San Diego, Author, Mom, Wife, Fitness Fanatic and Horse Lover!
And YES – she drinks a lot of coffee!
She has won six Lone Star Emmy Awards for her anchoring and special investigations.
Christine joined NBC 7 San Diego in January of 2012.  She came from KHOU in Houston where she was a Morning Anchor since 2008.
Prior to that, she spent five years as the primary anchor at KVUE-TV in Austin.  She’s also held anchoring positions at  KARE 11 in Minneapolis; WTSP in Tampa, FL; KTHV in Little Rock, AR; and KAMR in Amarillo, TX.

Christine has been honored with numerous accolades including Emmy awards, more than a dozen Associated Press awards and ten Edward R. Murrow awards for news writing, news series and investigations.

One of those stories looked at Texas’ practice of recycling drivers’ license numbers and how it led to mistaken identity. That report led to a change in Texas law.

In one of her proudest professional achievements, Christine’s 2006 report on the Small Business Administration’s misuse of Homeland Security funding was introduced as evidence in Congressional testimony.

In addition to her role on the investigative unit at KVUE-TV, she says she feels honored to have told the stories of countless breast cancer survivors through her work with Susan G. Komen “Race for the Cure.” Because of her efforts, she was named the honorary chair of Austin’s “Race for the Cure” in 2006.

Christine says the best part of her job is being able to help inspire change. There is no better example than the story of a 4-year-old Austin girl who nearly died because her mother was driving under the influence. After telling several stories on her fight to survive and her inspiration to others, Christine’s reports are now shown to Texans who are working to overcome addictions.

Christine says she knew from the very beginning of her career she had a passion for reporting and telling great stories. She’s interviewed some of the biggest power players around like Oprah Winfrey, Lyle Lovett, Julianna Margulies, Governor Rick Perry, Former Governor Jesse Ventura, President Bill Clinton and President George W Bush.

If she’s not working, Christine is writing! It’s always been a passion for her and it has now taken her on a new journey with the new release of “The Ranch”, a fiction novel based in Austin, Texas.

Christine graduated from Illinois State University and was named that school’s “Young Alumni” of the year in 2004.