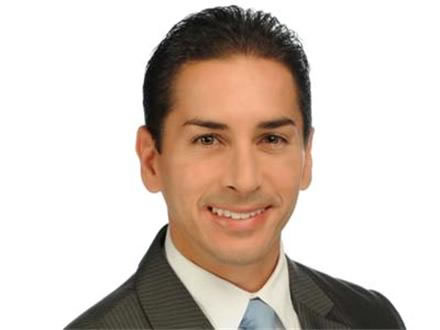 Ryan Wolf is senior reporter for Action 4 News as well as co-anchor for our 6 pm and 10pm newscasts.

Known Valleywide as both the “Speedzapper” and the “Food Patrol,” Ryan has quickly risen to become one of the most respected journalists in the area.

Since joining Action 4 News in 2002 as a solo weekend anchor, Ryan not only climbed the ladder internally but externally in the public eye with the launch of two of the most successful weekly television news series in Valley history with: “Streets of Speed” and “Food 4 Thought.”

The Weslaco Police Department honored him with its prestigious “Media Award” as reporter of the year, and Valley Morning Star readers voted Ryan “Best TV Personality” in almost every year since joining Action 4 News.

Wolf was also honored for “Story of the Year” and “Feature Story of the Year” 1st place awards in 2002 from the Louisiana Associated Press for excellence in reporting while working at KVHP Fox 29.
But even before becoming a television news anchor, Ryan was in the news after winning $100,000 as a finalist in the Fox, hit television reality show, “Boot Camp.”

And although he’s a long way from “Philly,” it’s here in the Valley where he’s now proud to call home.

When not breaking news stories, “zapping” speeders or busting dirty diners, you’ll find Ryan volunteering his time in the community or working out in the gym.