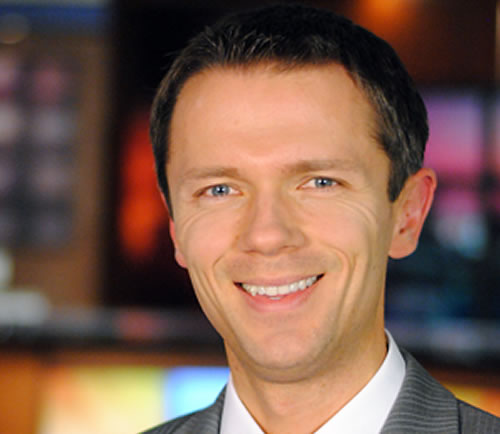 Greg Dee is the meteorologist for KARK 4 Today and KARK 4 Today on the Z, both seen weekday mornings. He joined the KARK 4 Weather Authority team in May 2008 as weekend meteorologist. Greg is a true weather junkie, always checking the latest radar when there storms around or looking around the country for our next big weather maker.

Though originally from Connecticut, Greg Dee has been in the south since 2000. The main reason Greg moved southward was for school, but the warmer weather was a big factor as well. Greg attended Florida State University earning a Bachelor of Science degree in Meteorology and a Master’s of Science degree in Geography. He is a member of the National Weather Association and the American Meteorological Society. He holds the American Meteorological Society’s CBM Seal of Approval and was voted as the 2009 AMS Broadcast Meteorologist of the Year for his severe weather coverage of the 2007 Enterprise, Alabama tornado.

After graduation, Greg headed 90 miles northwest to Dothan, Alabama to be the Chief Meteorologist at KARK’s sister station, WDHN-TV. Though not far away distance wise, the weather in Alabama was much less tropical and much more severe, especially during the spring. Greg spent most of his time tracking strong fall and winter storms that often brought high winds, hail, and tornadoes to southeast Alabama. His most memorable storm was on March 1 of 2007 when a supercell thunderstorm spawned a tornado through Enterprise, Alabama. The twister ripped through the city’s high school where over 1,200 students took shelter, taking 8 lives. Greg’s wall-to-wall coverage of the storm was later recognized by the community.

Though he enjoys forecasting the weather, Greg also likes getting out and meeting the local community. One of his favorite activities is going around to local schools and youth groups to teach kids about the weather. Not only is it important to know what causes our weather, but it’s also important that kids know what to do when severe weather strikes so they can help protect themselves and their families.

When not tracking areas of low and high pressure, you can probably find Greg out and about behind the lens of a camera. Greg is an avid shutterbug and enjoys all types of photography, especially sports. When not taking pictures of his Seminoles, Greg enjoys traveling around Arkansas, capturing the beautiful places that can be found right here in the natural state.