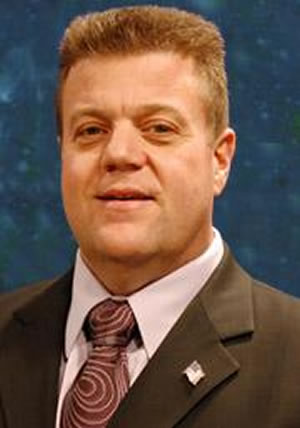 WVVA Meteorologist Greg Dixon is delighted to be forecasting for the two Virginias again. He studied Meteorology at Mississippi State University and has been awarded the American Meteorological Society’s seal of approval.

Greg’s first forecasting job took him to the ABC Station in Austin, Minn. From there he traveled to the local ABC affiliate here in the two Virginias. Then it was off to the ABC/FOX affiliate in Dayton OH before returning to the mountains.

Greg grew up in Reading, Massachusetts and remains a Red Sox, Bruins and Patriots fan.

He is a huge NASCAR fan and plays around with the golf clubs at times. Greg is married to his best friend Karen and they have two cats named Schizo and Nigel.