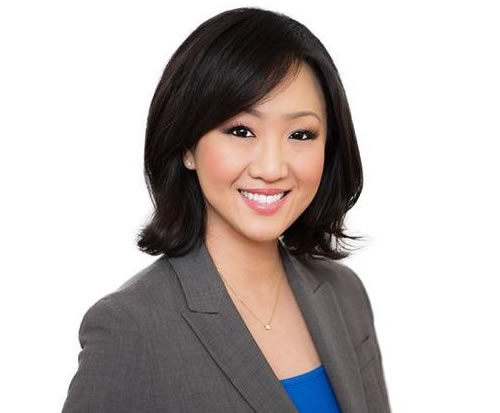 A California native, Kwak returned home after spending several years in San Antonio, where she served as a reporter and primary fill in anchor for NBC4’s affiliate station. Fluent in Spanish, Kwak also served as an anchor and reporter for Telemundo in West Central Texas.

Some of her most intriguing stories have stemmed from her passion for the political process, such as a series about a high-profile attorney at the center of a corruption scandal; interviews with Secretary of State Hillary Clinton; and coverage about a 4 year old who was killed in a drive-by shooting that led to lawmakers increasing the maximum penalty for the crime. Her work also helped pass a long-debated Texas shield law to protect journalists from revealing confidential information, after she was subpoenaed several times to reveal a source for a story she broke about a corrupt county judge.

Additional notable coverage includes her breaking news reports on tornados, floods, wildfires, and hurricanes in Texas and along the Gulf Coast. She also led team coverage of the Bastrop County Complex Fire near Austin, where three separate blazes ripped through nearly 1,700 homes and merged into the largest most destructive single wildfire in the state’s history. She has received two Texas Associated Press Awards for her reporting.

Among one of her most memorable stories covered a group of doctors heading to Haiti after the earthquake in 2010. Her story sparked national interest, leading to dozens of hospitals across the country donating resources, and also piqued the interest of a millionaire in New Jersey who offered his time and money to fly the doctors to the battered country.

Kwak is fluent in three languages, and has lived all over the world, from Seoul to Madrid. When she’s not on the job, she’s whipping up a storm in the kitchen, and has taught basic cooking classes for disabled adults and children. She also makes her own clothes and jewelry. She is involved with the Asian American Journalists Association and the Asian Pacific American Heritage Committee.

Kwak earned two B.A. degrees in Political Science and Mass Communications from UC Berkeley with a minor in Spanish Literature. She currently resides in Orange County.