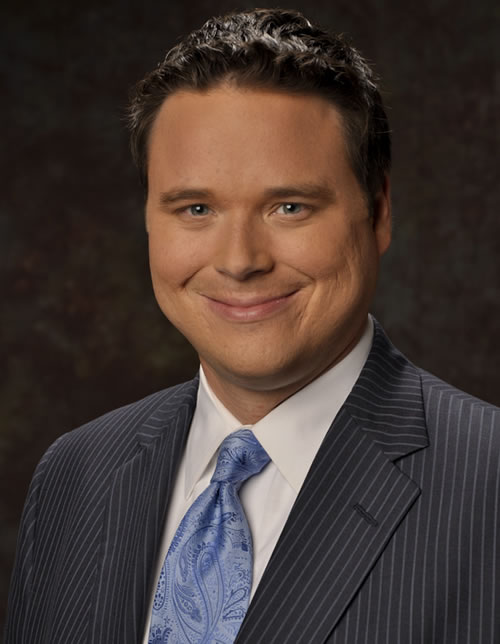 With over a decade of forecasting experience, Meteorologist John Gumm can be seen each and every day on Cincinnati’s top-rated morning newscast “Good Morning Cincinnati” and on “Local 12 News at Noon.” John is a Cincinnati native and returned home to work for Local 12 in October 2005 after a career which took him all across the country and allowed him to experience first-hand just about every type of weather imaginable.

John’s interest in weather started at a young age. While in sixth grade at Brantner Elementary School in Mt. Carmel, he was given an assignment in class to write about his greatest dream in life. John wrote he wanted to become a meteorologist and some day help to save millions of people from a horrible hurricane. Little did he know, many years later that dream would become a reality. In August of 2005, he was on television for twelve hours straight in New Orleans warning viewers about Hurricane Katrina before evacuating his wife and his newborn son to safety. Since then, he’s received numerous letters and emails of appreciation from people whom he helped convince to leave the city.

John is a graduate of Glen Este High School. He went on to study the weather at Valparaiso University in Indiana where he earned a Bachelor of Science degree in meteorology and helped to create one of the largest storm chasing groups in the country. He is a Certified Broadcast Meteorologist (CBM), an accreditation awarded by the American Meteorological Society. The CBM supersedes the AMS Seal of Approval, and requires successful completion of a very comprehensive examination on theoretical meteorology, operational meteorology, forecasting, and general science.

Prior to working at Local 12, John worked at WHBF-TV in Rock Island, IL, WCTI-TV in New Bern, NC and WWL-TV in New Orleans, LA where he won numerous awards for his work, including an Associated Press award for “Best Weathercast” in Louisiana.

When he’s not forecasting the weather, John enjoys spending time with family, mountain biking, hiking, swimming, tinkering with electronics and computers, and following the Reds and Bengals. He also loves speaking to area school children about weather.