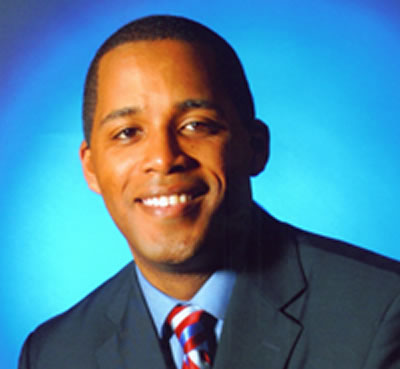 Jonathan is a native Texan, with a very unique and versatile background, in both television, and his service in the military.

Since January 2011, Jonathan serves as the 6 &10 pm main anchor, and executive producer at KAVU-TV, the ABC affiliate in Victoria, TX

Jonathan was born and raised in Houston. Jonathan knew at an early age, he was meant to be in television. He first learned the ropes of broadcast news, as an intern at KHOU-TV in Houston, where he worked with the 11 News Defenders consumer unit team.

His first job in front of the camera in commercial television, came at KZTV, the CBS affiliate in Corpus Christi, TX.

After leaving the Coastal Bend, it was onto the Ark-La-Tex, and KSLA-TV, the CBS affiliate in Shreveport, LA. While there he broke such national stories as the copyright infringement trial of Hollywood actor Tyler Perry, and the federal raid on the Tony Alamo Ministries in Fouke, AR.

In 2009, it was on to the bright lights and big city of Las Vegas, where he served as morning reporter for KLAS-TV, the #1 CBS affiliate on the West Coast. While there he helped the station win an emmy for best morning newscast.

Jonathan also served as a meteorologist in the United States Navy, and forecasted weather as part of 2004 Wasp Expeditionary Strike Group in support of Operation Enduring Freedom. While in the military, he also anchored a monthly newscast for the City of Norfolk, VA.

When he’s not behind the desk, or in the newsroom, you can find Jonathan working out, checking out great restaurants, visiting friends and family back home in Houston, and cheering on his hometown, Rockets, Astros and Texans.