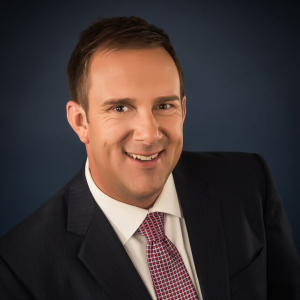 Justin is the Chief Meteorologist at Fox21.

After growing up on the west coast, Justin spent time in South Carolina, covering hurricanes, tornadoes and yes, even snow!

He is a graduate of Mississippi State University and has been in broadcasting for more than 26 years, working in all kinds of media, from radio to magazines to television.

Along with his wife Jess and his Alaskan Malamute, Nika Louise Chambers, Justin enjoys living in the Centennial state. He also loves working with the FOX21 Morning News team each and every weekday morning.

Justin holds the Broadcaster’s Seal of Approval from both the National Weather Association and the American Meteorological Society.

When he’s not at work, you can find him checking out the dog parks, hitting the local golf courses and hiking the great trails around southern Colorado.
You can watch Justin every weekday morning from 5 to 9 a.m. on FOX21 Morning News.