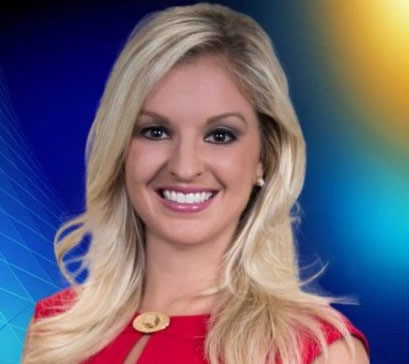 Taylor Grenda is a Meteorologist on the WPBF 25 First Alert Weather Team. South Florida viewers wake up to her high-energy forecasts weekends on WPBF 25 News Mornings.  She can also be seen weekdays on WPBF 25 News at Noon.

Taylor came to WPBF 25 from KRBC in Abilene, TX, where she covered everything from ice storms to tornadoes, and also hit the streets as a news reporter.  She also previously worked at WTXF in Philadelphia.  Although originally from Delaware, Taylor is no stranger to South Florida.  She graduated from the University of Miami with in Broadcast Journalism and Political Science.  She was also a member of the varsity swim team.  In 2012, Hurricane Sandy’s impact on Taylor’s hometown further inspired her to become an advocate for hurricane preparedness wherever she goes.

In her downtime, Taylor is a swimmer, beachgoer and loves trying out new restaurants.  She also devotes time to increasing awareness about water safety in our community.