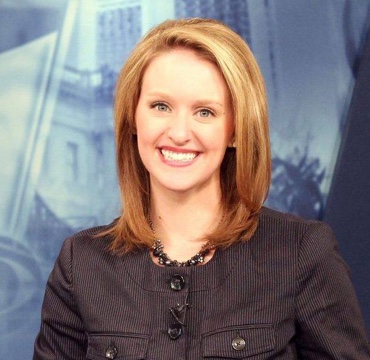 Karissa grew up loving math and science, but really fell in love with Meteorology while attending the College of DuPage in Glen Ellyn, Illinois. After two summers of storm chasing in the central plains, she knew that it was the career path for her. Standing in front of a thunderstorm and feeling the cool outflow knock her over was an experience she will never forget. After two years at COD, she transferred to Metropolitan State University of Denver. Karissa graduated Magna Cum Laude with a Bachelors of Science in Meteorology. Her high school and college speech and meteorology professors were extremely supportive and pushed her to succeed. Before joining the WeatherNation team, she previously worked as the Morning Meteorologist at KCAU-TV in Sioux City, Iowa and at WMBD-TV in Peoria, IL. She recently was part of a National Edward R. Murrow award winning team for breaking news for their coverage of the EF-4 tornado in Washington, Illinois. In her free time, Karissa enjoys cooking and trying new foods. She is a self proclaimed ‘TV Junkie’ who can get into just about any show. She is a die hard Chicago sports fan who loves attending professional sporting events.