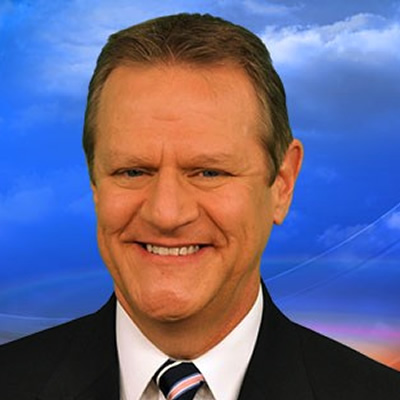 Meteorologist Larry Rice is a veteran of more than three decades in radio and television news, and joined Cowles Media on September 1st, 2014 as morning meteorologist for the company’s group of stations in Montana.

Larry started in 1978 working radio and TV in Bakersfield, California- and worked at KBAK-TV for the same company that built KULR’s current building- Harriscope Broadcasting. From 1982 to 1987 he did weather for two TV stations in Fresno California- KJEO and KMPH. In 1987, Larry moved north to Seattle and spent 8 years with KIRO-TV and KIRO Radio as the stations morning and noon meteorologist. In August 1995 Larry was hired away by KOB-TV in Albuquerque, NM, and spent 13 years as the chief meteorologist – where he developed forecasting skill and radar expertise covering the entire state of New Mexico, in addition to small portions of Arizona, Colorado and Utah, which are also part of the Albuquerque DMA. Each evening his maps had temperature forecasts for 65 cities, so Larry is no stranger to handling dozens of micro-climates in one state.

In addition to his duties as KOB-TV chief meteorologist, he was also a forecaster for major film productions shooting on location in New Mexico. That’s Larry – listed in the credits as ‘Weather Guru’ in the Academy Award winning Best Picture ‘No Country for Old Men’. Larry returned to Seattle in 2008, hosting a weekend news-talk show and anchored news on KIRO-FM until 2011 when he joined KOMO Radio as a news anchor-meteorologist and reporter.

Larry studied meteorology at the University of Washington, and Mississippi State University. Larry was awarded an EMMY for Best weathercast, and has been nominated three other times. He’s also received several first place A-P awards for news and weathercasting, first place awards for weather from the Washington Press Club and the New Mexico Broadcasters Association.

Larry is a member of the American Meteorological Society and the National Weather Association. He has been awarded both the AMS and NWA Television Seal of Approval. Larry has also served many years as a board member and Seal of Approval chairman for the NWA.

He has two children. His daughter Allyson works at Microsoft, and his son Greg, is a senior at Bellevue HS in Washington (home of the nation’s number one high school football team) and plans to attend the University of Alabama with a goal of becoming an aircraft engineer for Boeing.

Larry likes to fish, has never been “fly” fishing but is planning to learn. He likes to bike, ski, and hike, and is excited that Montana will offer him a chance to begin a new chapter in his personal and professional life. He also loves the challenge of doing weather for ALL of Montana alongside anchor Becky Hillier on Wake Up Montana.