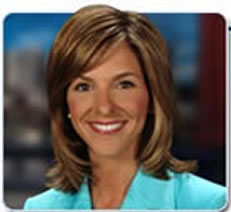 Kristin Priesol has worked as our morning reporter, morning co-anchor and now you can watch Kristin on NewsChannel 5 at 5:00 and 10:00 p.m.

Kristin graduated from Texas Christian University with a degree in Radio, Television and Film and immediately began her career.

Starting off at the CBS affiliate in Sherman, Texas Kristin’s path has taken her on a journey working in local television news, corporate and cable TV and entertainment programming, including a gig at E! Entertainment Television working on live award shows.  In the Spring of 2001, Kristin took a detour to Nashville and joined WTVF – NewsChannel 5.

“Nashville is about as comfortable as it gets. The people I get to work with on a daily basis at NewsChannel 5 are a lot like this city – friendly, fun and genuine,” she said.

During her time here Kristin has covered several stories that have inspired her both personally and professionally, like one involving an 8-year-old Franklin girl who has endured several bone marrow transplants in her fight again Leukemia or another about a convicted DUI offender who rode his bike from Nashville to Dickson County to serve jail time on the weekends.

“I love this business because you are constantly learning not only about current events but also about people, emotions, and life. The residents of the community are my favorite teachers,” she said.

Kristin has been nominated for several awards during her television career. She’s even won a few, but what really matters to her?  Her biggest achievement yet is marrying one of NewsChannel 5’s photographers. They’re both thrilled to welcome their first child, a son, this summer.

When she isn’t at work you can find Kristin hiking at Radnor Lake, checking out all the great accessories at Fire Finch in Hillsboro Village or diving into a plate full of sushi. “Kenshou!”