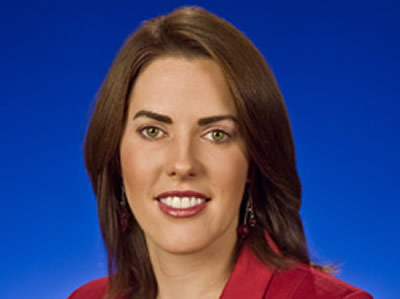 Linda Mumma joined KCRA 3 as the Modesto Bureau Chief in September 2014. She’s happy to be back in Northern California and to call Modesto her new home!

Linda spent the last 10 years traveling up and down the Golden State covering major news events for on-air and online news organizations.

After graduating from San Francisco State University, Linda landed her first job as a videographer, running the “Fan Cam” at Oakland Athletics games. She then moved to Redding, where she worked as a morning news producer and later as a morning news anchor and reporter in Chico. She also spent several years reporting in Tucson, Arizona, Sacramento and Fresno.

One of seven children, Linda is a fraternal triplet and is a member of one of the largest trios ever born in California, weighing in at nearly a combined 20 pounds.

Don’t be surprised if she says “Halito,” which means hi. Her family is part Native American and her Great-Uncle Woodfin is teaching her the Choctaw language.

When she’s not digging up news in Stanislaus County, Linda enjoys hiking, indoor soccer, photography and spending time with her family.