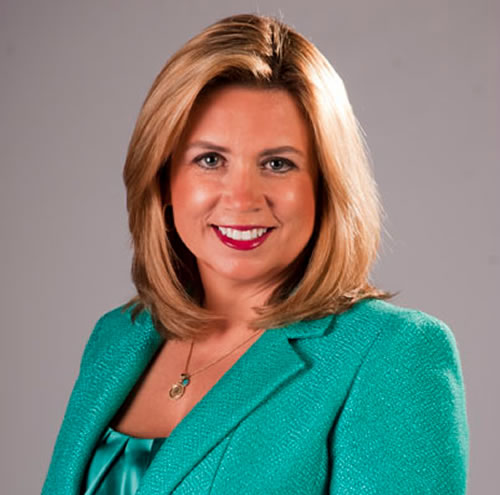 Mary Sturgill was born in Nashville, Tennessee, but grew up in North Carolina.  She graduated from the University of Chapel Hill with a BA in English Literature and received her master’s degree in journalism and mass communication from the Walter Cronkite School of Journalism and Mass Communication at Arizona State University.

While in graduate school, Mary was a producer for Horizon and Horizonte, a news and public affairs political show on KAET, the PBS affiliate in Tempe, AZ.  She began her on camera career at KIDK, in Idaho Falls, Idaho, working as a reporter and anchor.  Mary has received numerous awards including: Best Newscast and Best Hard Feature Report from the Idaho Press Club and Best Investigative Report from the Society of Professional Journalists.

In her free time, Mary likes to travel, try new foods and learn about new cultures.  She also likes to go to concerts, hang out with friends, design jewelry and run with her two golden retrievers, Max and Maisey Dae.