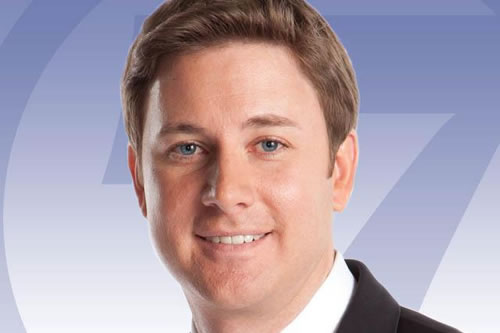 He grew up in Castle Rock, graduated from Douglas County High School followed by the University Of Kansas (Rock Chalk Jayhawk!) with a degree in atmospheric science. During school his enthusiasm for the science led him to teach an introductory class, publish research dealing with Rocky Mountain thunderstorm initiation, and find his first job in television, as well as dabbling into air pollution and wind energy.

His career made stops in Lawrence, Topeka, Wichita and then to Orlando before landing back in Colorado.

His time in Kansas certainly was memorable. He worked the night southwest Lawrence was hit by a tornado (nearly destroying his apartment at the time). He also worked the night of the Greensburg tornado when the small Kansas town was completely destroyed.

He is a three-time Emmy winning weather anchor. He holds a seal of approval from the National Weather Association, and is the 12th in the country to earn the Certified Broadcast Meteorologist (CBM) designation by the American Meteorological Society.