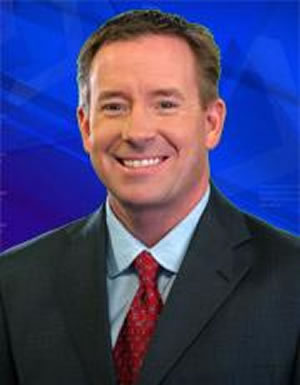 Prior to joining the KOLO-8 News Now team, Chris spent three years in beautiful Lake Tahoe forecasting the weather and hosting Heavenly Ski Resorts Emmy winning live television show “Another Heavenly Morning.” It was a first hand lesson in the complexities of Northern Nevada’s weather… and the sometimes fickle nature of Sierra storms. He says, “In most places when you say its going to snow and it doesn’t people are happy. Here you’ve screwed up somebody’s powder day… and you’re gonna hear about it!”

An avid skier since the age of eight, Chris’ real fascination with the weather began with two wooden sticks attached to his feet. He also learned quickly that on the east coast at least, snow meant skiing and no school. A fascination with science grew during high school and college, where he spent summers working with Appalachian State University’s Summer Science Program. The “science” camp offered junior high and high school students a chance to take science classes from college professors in a university environment.

College also brought with it a growing interest in journalism and television news. Chris majored in Broadcast Journalism and Political Science and graduated from Appalachian State University in 1990. His first on-camera job in television was at WBTV in Charlotte, NC. He anchored overnight news updates from Midnight until 6:00 AM. He then spent eight years in Charleston, South Carolina as a news anchor and reporter… before switching over to the world of weather. On the east coast Chris covered some half dozen hurricanes including Hurricane Floyd. Floyd threatened the southeast coast from Florida to the Carolinas in September of 1999 and resulted in the largest peacetime evacuation in U.S. history. Floyd eventually made land fall in North Carolina.

Chris received his meteorological education from Mississippi State University. He completed the university’s three year Broadcast Meteorology program in the summer of 2001. Chris is now a full member of both the American Meteorological Society and the National Weather Association.

He says the best part about living in Northern Nevada is without a doubt… the Weather!