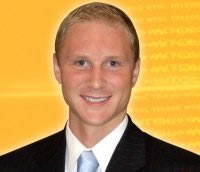 Matt Wright joined the NBC2 team as a reporter in January 2013, coming to Southwest Florida from Ohio.

Originally from the Cleveland area, Matt most recently worked at WTOL in Toledo. While there, he uncovered fraud and worked for viewers as the station’s consumer investigative reporter. He later took the lead on some of Northwest Ohio’s biggest stories as a crime and courts reporter.

Before that, Matt reported for WETM in Elmira, New York and interned for two summers with WEWS in Cleveland. He spent nearly six weeks in China as a primetime and late night intern with NBC Olympics during the 2008 Olympic Games in Beijing.

Matt’s reporting has been nominated for two regional Emmy awards, including one for a series of reports about a local fire department’s delayed response and a man’s subsequent death that led to change in a local city’s procedure. His work has also been honored by the Society of Professional Journalists and the New York State Associated Press.