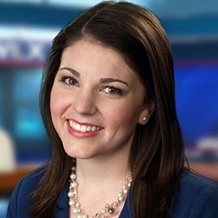 Caroline Vandergriff joined the News 14 team in December 2012.  Originally from Arlington, Texas, Caroline looks forward to exploring Charlotte and seeing all that the Carolinas have to offer.

Most recently, Caroline was a Reporter at WILX, the NBC station in Lansing, Michigan.

When she’s not working, Caroline likes to spend her time with family and friends, curl up with a good book, or get active outdoors. As a big supporter of the arts, she loves to go see concerts or plays. Caroline enjoys meeting new people and can’t wait to get involved in the Charlotte community.