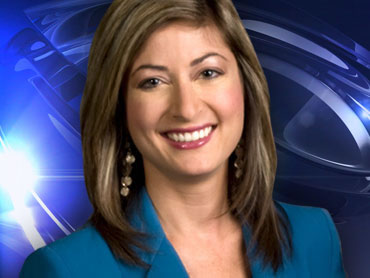 Award-winning journalist Neda Iranpour is a reporter and weekend weather reporter at CBS13. She joined the team in October 2009 and feels privileged to be working with an incredible group of talented journalists in this exciting Capital City.

Just before Neda came to CBS13, she was in Nyeri, Kenya filming the plight of orphans for a documentary. She joined a group called Think Kindness and placed donated shoes on the feet of many hungry and sick children.

Neda spent four years anchoring and reporting at KTVN in Reno, where she was nominated for three Emmy Awards, one of which was for her breaking news coverage of the Mizpah Hotel fire that killed 12 people. She covered fires, floods, and even the search for famed aviator Steve Fossett. She landed an interview with President Barack Obama during his campaign.

Neda has received five Associated Press Awards for spot news and investigative reporting at KSWT in Yuma, Arizona. Aside from anchoring and reporting, Neda was a weathercaster, sportscaster, photographer and producer!

Neda was also an on-air personality for a top-rated radio morning show on WILD 102.9 in Reno. She had the pleasure of being named Celebrity of the Year for her fundraising efforts. She also received the People’s Choice award in a local Dancing with the Stars competition.