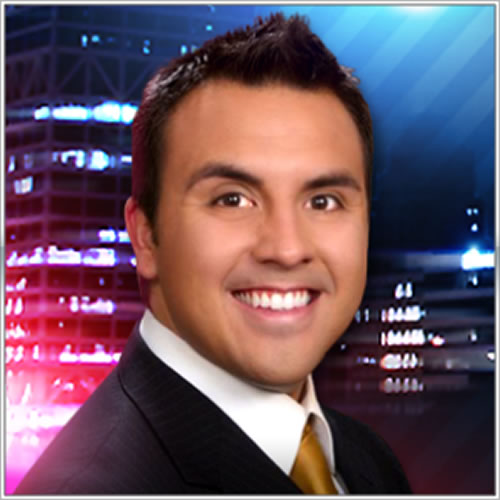 Nick Montes is proud to join TODAY’S TMJ4 and call Milwaukee home. He comes to the MidWest after three years of anchoring and reporting at the CBS affiliate in Reno, NV.  One of Nick’s most memorable stories in Reno was the Alexander Apartment Fire which destroyed 22 of 36 buildings in that complex. It was one of the largest structure fires in Reno history.

Nick also worked as an anchor/reporter for the CBS affiliate in Yuma, AZ.  During his time there he anchored the Evening News and Late Edition.  He covered a number of stories both in the U.S. and Mexico, including a propane explosion that killed several people in San Luis, Mexico as well as President Bush’s tour of the border to see the progress of the efforts against illegal immigration. The most difficult story Nick had to cover was the murder of a border patrol agent, which was very emotional. A Mexican drug smuggler ran the agent down and killed him instantly. The story made national headlines.

When he can, Nick also gives back and helps mentor students. He’s part of the California Chicano News Media Association and the National Hispanic Journalists Association.  He grew up in the Los Angeles area and goes back when he can to see his family.  On his free time, he likes to creatively cook, catch up on movies, hit the gym and, of course, explore Milwaukee.  Nick is always looking for a good story.