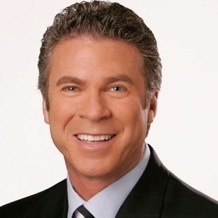 Emmy Award Winning AMS Meteorologist Pablo Pereira has been forecasting weather for more than two decades now.  He currently provides the weather forecast on KTTV Fox 11 at 5 & 10 p.m. and on KCOP MY 13 at 7 & 11 p.m.  Pablo is also a Web Editor/Producer for myFOXla.com and FOX 11’s EDM (Electronic Dance Music) Reporter.

A native of Southern California – Pablo was born only blocks from the Fox Studios at St. Johns Hospital. He grew up just down the street in Brentwood in the home his dad still lives in and attended school at Crossroads in Santa Monica.

Before joining KTTV, Pereira worked for more than a decade as a Meteorologist for KNBC & KABC TV in Los Angeles.  Prior to that, Pablo was a weekday Meteorologist at WFAA TV in Dallas, Texas.  He also provided daily morning weather reports for the #1 rated Country Radio station in America, KSCS 96.3 FM.

Pereira began his broadcasting career in Abilene, Texas with stops to follow in Bakersfield and Fresno.  A graduate of Sonoma State and Mississippi State Universities, Pereira holds a B.A. in English and the prestigious AMS Seal of Approval from the American Meteorological Society. He is also a member of the National Weather Association and the National Association of Hispanic Journalist.

Despite Pereira’s passion for all things Weather, his family including his wife and 3 sons are his greatest love.  In his free time, Pablo enjoys traveling, movies, baseball and traveling to the beach with his best friend Ozzy, a Entlebucher Sennenhund Mountain Dog.