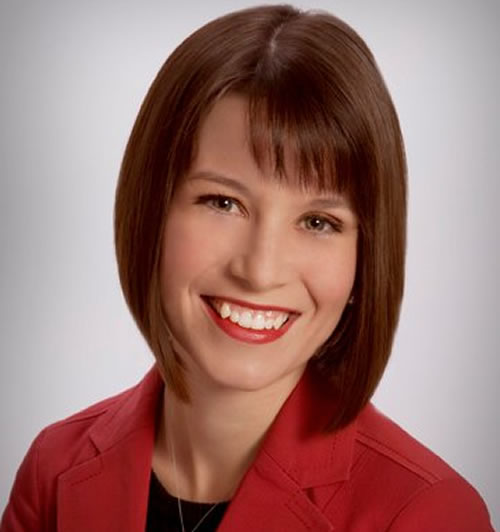 Pam Cunningham joined the 69 News: Berks Edition in September 2009. She’s happy to be back on the East Coast and so close to family and friends in Philadelphia, where she grew up.

Pam came to Reading from the Midwest where she was a general assignment reporter at WQAD in the Quad Cities.

Over her three years in Illinois and Iowa she covered hundreds of different stories. She covered the 2008 Iowa caucuses and the presidential candidates who spent months campaigning there. She traveled to Dekalb, Illinois to cover the campus shootings at NIU. And Pam was the first to report on a story that changed Iowa state laws protecting the mentally-disabled. She broke the story of a boarding home housing 24 mentally disabled men in Atalissa that was being investigated by the state. Pam also received an Associated Press award with her station for coverage of the tornado that hit Fruitland, Iowa.

Before coming to WQAD, Pam earned her Masters in broadcast journalism from Syracuse University’s Newhouse School and reported from Washington, D.C. for WBRE-TV in Wilkes Barre/Scranton, Pa. And she was also a student reporter for WAER-FM, the local NPR station.

She graduated from Tufts University. Fluent in Spanish, she also studied in Madrid, Spain. For high school, she attended William Penn Charter School in Philadelphia .

Before her news career, Pam worked as an account executive in public relations in Washington, DC and was a English teacher in Mexico City, Mexico.

Pam lives in Berks County with her husband, Alex and her daughter. When she’s not working she enjoys traveling and watching the Eagles.